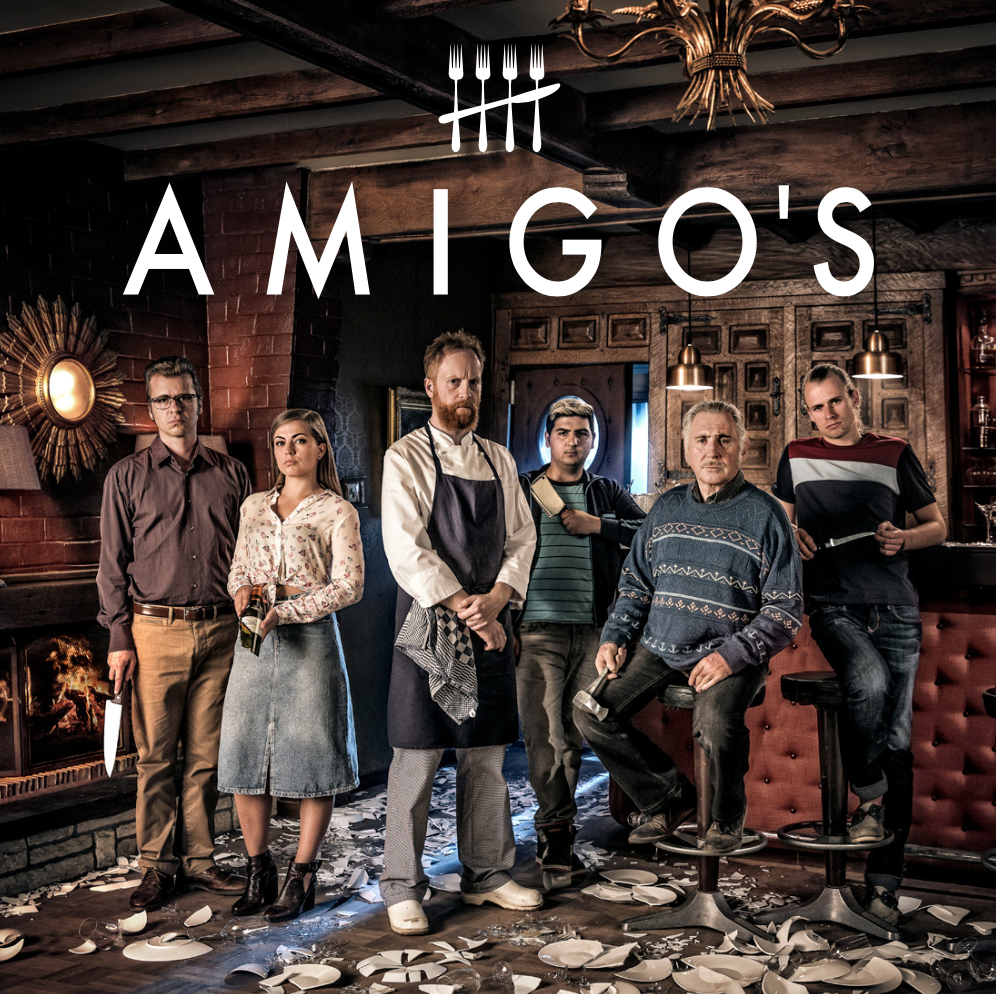 After 15 years in prison, Rik longs for the day he’ll walk out of jail and into a new life, out of crime and into legality. He couldn’t have endured all those years without a dream, however, and his was to open his own restaurant with a few other former inmates. Rik’s the boss, and, like the others, is determined to steer clear of crime. But it’s not that easy when the restaurant – “Amigos” – is operating out of a former brothel. It’s sometimes difficult to keep the two worlds apart, and hard to resist being drawn into various schemes masterminded by the local underworld mobster.

With Rik’s daughter among them as a sommelier, a cocky young Turk, a weary old fellow aware that this is his last chance, and a duo of bumbling but irresistible pals, Amigos may have the odds against them, but they’re determined to make their dream come true….