THE BEST OF DORIEN B. selected for “Europe! Voices of Women in Film” 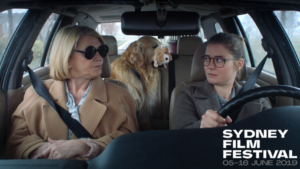 Anke Blondé’s feature debut THE BEST OF DORIEN B. has been selected for “Europe! Voices of Women in Film”, a showcase of remarkable films by female European filmmakers during the Sydney Film Festival in Australia (5-16 June).

“Europe! Voices of Women in Film” is an initiative of European Film Promotion in collaboration with the Sydney Film Festival. The Australian festival selects ten remarkable films from female European filmmakers, which are shown to the press and public during the festival. THE BEST OF DORIEN B. had its world premiere during the Rotterdam International Film Festival earlier this year.

THE BEST OF DORIEN B. is a comic drama about a woman rediscovering herself in the midst of all the craziness that surrounds her. Dorien has everything to be happy about: a successful husband, two cute children and a veterinary practice full of small pets. But when she discovers that her mother has been adulterous for years and that her husband is very close to a colleague, she starts doubting. A phone call with bad news is too much. She feels lost. Dorien evaluates her life, is this it?

THE BEST OF DORIEN B. will open the Ostend Film Festival on 6 September and will subsequently be released in Flemish theatres. Kinepolis Film Distribution releases the film. Sales agent BE for Films is our international sales agent.