Inside set to world premiere at the Berlinale

In addition to Zeevonk, production company A Private View has been selected for the Berlinale with a second title. The international co-production Inside, the feature debut of Greek director Vasilis Katsoupis, will have its world premiere in Berlin as part of the Panorama section.

After a robbery goes wrong, art thief Nemo finds himself trapped in a swanky New York penthouse. Locked in by the high-end security system and surrounded by nothing but priceless works of art, he must fight to survive.

The leading role in Inside is played by the American actor Willem Dafoe. In addition some Flemish actors, Gene Bervoets and Eliza Stuyck, are casted in important supporting roles.

Inside will be released in Belgian cinemas on 15 March 2023 by Sony Pictures Belgium. 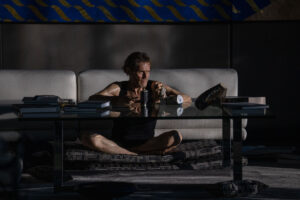